Ravens In Paris – The Hideaway/Don’t Be A Stranger 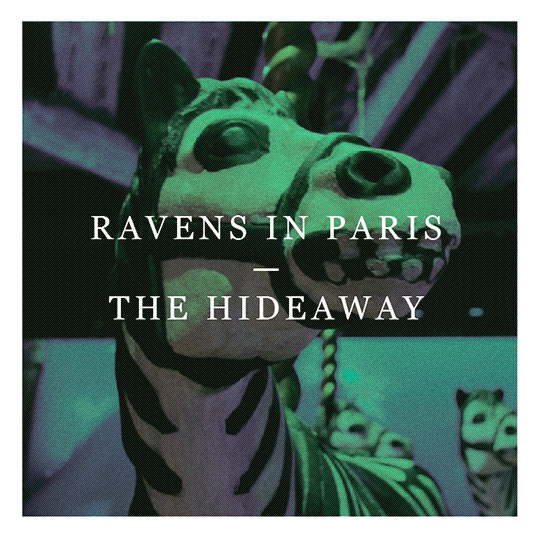 Well well well. Post-punk rockabilly, anyone? For those of us familiar with the dark retro style of Sissy & The Blisters there is a lot of fun to be had with Ravens In Paris, and their free single release. A-side ‘The Hideaway’ features a keening overdriven guitar in brittle treble-toned squalls, as off-kilter chords wrestle a menacing rock n roll bassline, and a chorus with oddly badass glockenspiels and rasping vocals, the whole affair lurching from tricky post-punk melodies to snarling rock and back again, like the Eighties Matchbox B-Line Disaster attempting a pop song. ‘Don’t Be Stranger’ holds the mood through nicely, with a slightly heavier, more bass-driven sound, with verses that creates a hybrid of psychobilly and indie rock with great crossover appeal between the two, and a chorus you could either sing along to, or start a wrecking pit, with its catchy, simple vocal line and hammering percussion. Ending on an intense, whirling vortex of a final chorus, this is one hell of a single.

Tight, fun, and catchy as hell but with an edge of its own, this track marks out Ravens In Paris as a band blending sounds not because they’re not sure of themselves, but because they’re willing and indeed able to push the two poles of their sound. Highly recommended, and not only that but available for free. Go on, treat your inner punk rocker before they get smothered by an overdose of festive cheer.