Stream The Entire Sail Away EP 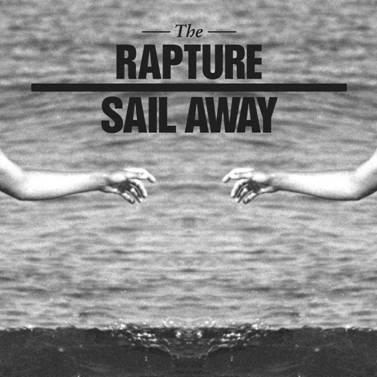 The Rapture return with a new EP ‘Sail Away’ taken from their acclaimed third album ‘In The Grace Of Your Love’ on January 16th 2012 through DFA Records.  You can head over to DFA’s soundcloud page to stream the full EP (embed code below too), which sees a digital release on January 16th.  It follows on from dancefloor smash ‘How Deep Is Your Love?’ and will be released as a special remix EP featuring new mixes courtesy of Aeroplane,  Cosmic Kids & Cut Copy.  Described by The Times as “euphoric widescreen pop” Sail Away has quickly become a live favourite amongst fans thanks to its hypnotic and anthemic refrain.

Following on from their recent triumphant UK tour The Rapture have just announced details of a pair of shows in Oxford & London in May 2012. The dates are part of a wider world tour that takes in South America, Japan, Australia and Europe including performances at the prestigious Coachella festival in Palm Springs, California on April 13 & 20 and further US dates as special guests to Justice.  The Rapture UK shows are as follows:

DFA Records will also be announcing the remix contest winners for “How Deep Is Your Love?” by the end of January, along with a live DFA webcast.  Stay tuned for more news on The Rapture, coming soon!
The Rapture – Sail Away – Remixes by DFA Records

Watch the “Sail Away” Video

The Rapture – In The Grace Of Your Love Praise :

Metro – **** Album of The Week  “An emotional depth that connects with the most cynical listener.”

Daily Mirror – **** Album of The Week “Makes it easy to fall in love with The Rapture all over again.”

Evening Standard – **** “Free of filler and full of fun, this is the sound of indie disco at its very best”

Big Issue – **** Album of The Week “A band falling hard for their craft all over again.”

Sunday Times –“A melting pot of ideas, this is a fine album from a band itching to make up for lost time”

Grazia – “A cracking new album from these dancefloor dons.”

In The Grace Of Your Love is out now on DFA Records . Sail Away EP is released on January 16th 2012.