“an early contender for album of the year…”

Coverage in the last three months from the likes of The Guardian, Pitchfork, The Fly, Clash, The Line Of Best Fit, NME, Pigeons And Planes, Drowned In Sound and Culture Of Me amongst others.

“…yet another truly great Swedish act” – The Music Snob 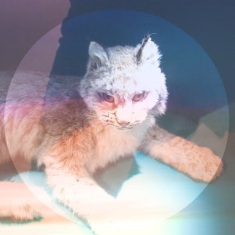 Swedish three-piece, Simian Ghost, is a body of work originating from acclaimed producer / songwriter Sebastian Arnström. They released their debut album, Infinite Traffic Everywhere, in Sweden during the winter of 2010 to great enthusiasm and critical acclaim. It topped the critics chart in Sweden and was voted record of the year by the readers at Dagensskiva.se. In 2011 Simian Ghost, a live trio, toured Sweden and shared stages with the likes of Mount Kimbie, SBTRKT and Niki and the Dove to name but a few. The year also brought demand in for his remix work – including contributions for hotly tipped LA shoegazers Letting Up Despite Great Faults and an as yet unreleased turn on one of Bjork’s recent efforts.

Most importantly, 2011 saw their first release with UK label and tastemakers Heist Or Hit, who oversaw their Lovelorn EP, which hit our shores in November. Lead track “Free Agent” saw wide acclaim in not only the UK and Europe but even in the US, where Pitchfork deemed it strong enough to feature in the first week of their site redesign as a key track. Other credible and relevant sources went on to follow in their footsteps – Clash, The Line Of Best Fit, The Fly and i-D all proclaiming their love for the track and subsequent EP.

Whereas Lovelorn, a wonderfully understated but primarily electronic record, was in Sebastian’s words “a collection of songs all conceived in my messy living room, very DIY”, the follow up “Youth” is very much more of a full band affair – reflecting their live presence – the guitars are back and the result is a stylish coming together of all the debut’s promise with the added sophistication and maturity that Lovelorn brought to the mix.

From the cyclical melodicism and brevity of album opener “Curtain Call”, to the beauty inherent in the shimmering “The Capitol” and lead track “Wolf Girl”, there is a variety and aural confidence here that comes from an artist fulfilling their potential and songwriting ambitions. When the twinkling guitars arrive to colour album highlight “Automation”’s chorus, and with the likes of “Siren” and “No Dreams” to follow up, it’d be hard to argue that this isn’t their most accomplished release yet. Clever but accessible, like the very best moments of M83, Active Child and Washed Out, “Youth” is already shaping up to be one of the year’s musical highlights.

I Divide to play their first London show