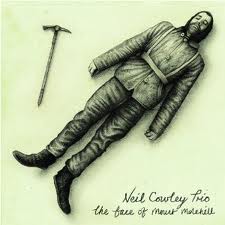 Extraordinarily, at the age of 10 years old, Neil Cowley once performed a piano concerto to more than 1,200 people at London’s Queen Elizabeth Hall.

The trio won the BBC Jazz Award for best album for Displaced in 2007.  The album Loud… Louder… Stop! followed in 2008 and the critically acclaimed Radio Silence in 2010.

Their 4th album The Face of Mount Molehill is released on 23rd January 2012 through Naim Jazz Records and the trio demonstrates its fondness for grand, expansive, dynamic sounds. Its has great contrast and diversity from a bouncy and heavy tone one moment to a delicate and beautiful melancholy the next. With originality and a natural playful energy it takes you on a powerful and rhythmical musical journey. Lovers of jazz will be excited, touched and thrilled by this album