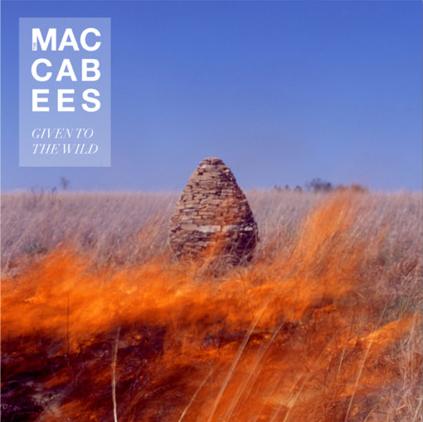 The Maccabees are walking on a path of coherence during their career, they keep on maturing from album to album, enriching their sound from “Color In It” to “Wall of Arms” and making it more elegant in the new “Given to the Wild”. They have what it takes to become a big band, and if they won’t make the great leap forward with this album I hardly think they will succeed in the future. Even if it’s a very good album, but not perfect, too many other bands echo in my mind when I listen to their 13 tracks, Coldplay and U2 above all. Although their sound is accurate and well developed, I can’t say it’s original at all and in times like these the Indie scene is packed with dozens of bands trying to emerge and reach a position in the top ten, so they can’t let people think of their songs “Uhm nice, but they remind me this and that”. And it’s not an easy goal to reach indeed.
So “Given to the wild” is for sure a remarkable work, it’s likely to become one of the best 50 album of 2012, perhaps it will take the number one spot, but it is not the album which will proclame The Maccabees as the new Coldplay or sort of like.
Maybe it won’t happen because their influence is too strong.
Talking about the album deeply, it is produced by the likes of Tim Goldsworthy from DFA and Bruno Ellingham and at it stands out from the very first listening because of its balanced music structures, articulated spaces and volumes between sounds, and the immediate perfection of some melodies, starting from the complicated and snaky movement of “Pelican”, the first single, the only song which still reflects the Futureheads post punk style.
On the contrary, “Child” and “Ayal” are made of pure suspension and dizziness, making me think of the brightest Foals, but enriched, the first, with an arrangememt made of winds contrasting with the electric guitar which creates a full-bodied sound, while the other one sounds airy and is made genuinely memorable by the piano arpeggio echoing during the whole track.
In “Feel to Follow”, there are acknowledgments of Wild Beasts whereas “Go” hazards a more electronic arrangement, which is suddenly pulled back to make room to the guitar.
“Grew up at midnight” is a lovely end, carrying on aethereal atmospheres a la Coldplay, underlined by a soft falsetto that Orlando Weeks can sing really well.
The band confirm the strenght of their original and fully recognizable vocals, reached with a hard effort, even if they must cut the cord with their inspirers to be completely free from an uncomfortable legacy.

Cut Yourself in Half: Say Goodbye to The World / Psycho Human Being Disaster