The Cure Added To Primavera Sound 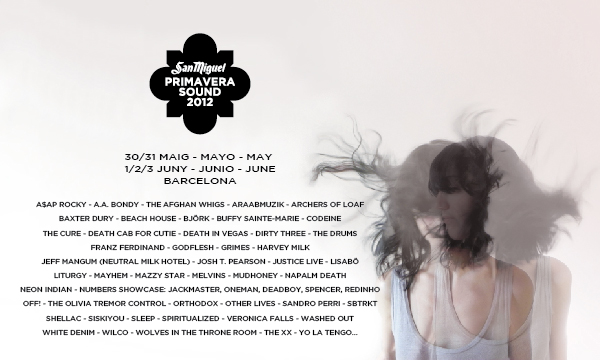 THE CURE WILL PLAY AT SAN MIGUEL PRIMAVERA SOUND 2012

The mythical British band The Cure is joining the line up of the San Miguel Primavera Sound festival that is holding its twelfth edition from the 30th of May to the 3rd of June.

The band fronted by the charismatic Robert Smith, author of such unforgettable hits as “Friday I’m in Love”, “Just Like Heaven” and “Boys Don’t Cry” will be performing on Friday 1st of June at the Parc del Fòrum site in a show that will last for over two hours during which they will play a selection of songs from their fourteen studio albums, including tracks from “Wish”, celebrating its twentieth anniversary this year.