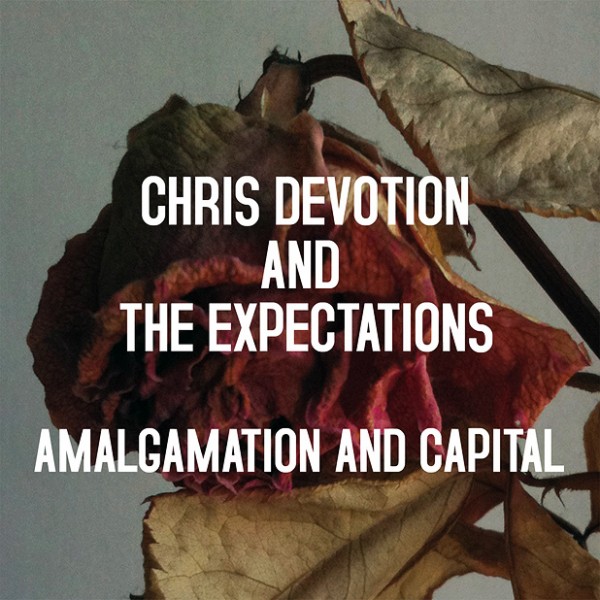 Glasgow four piece Chris Devotion and the Expectations or CD/EX as they’re better known as within their inner circle of tight knit fans, release debut album ‘Amalgamation and Capital’, a crisp look of suits and trainers gives the band the impression of what they’re all about – smart, cutting lyrics but with a casual ear for a searing melody; the drums crash, the bass throbs and the guitars are loud and direct. With all of this spread across sixteen ear throbbing tracks about everything and anything a band could think of, it’s surprising to think of this as a debut – it’s more like a compilation of greatest hits – each one as good as the last.

Opener ‘Tell The Girl’ points straight towards the classic punk-pop sound you wouldn’t find out of place when The Buzzcocks are concerned. Standout track ‘Blister’ is instantly recognisable as the highlight of the record; it’s filled with infectious choruses that resemble a lot of a style similar to The Futureheads or Maximo Park.

Amalgamation and Capital is an album that combines the best of the classic bands, from a reincarnation of The Clash on ‘Surveying The Young Professionals’ which strives forward as if the band were back on top again; each track storms through ferociously with high energetic burst of frantic garage rock.

An almost classic rock ‘n’ roll record which leaves you bruised battered and breathless. A fantastic example showcasing how proper rock should be, a band that some existing wannabe rock bands should take note on how it’s supposed to be done.