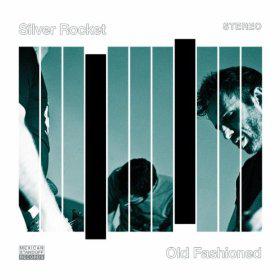 Now here’s something I never thought I’d type. Here we have a band whose primary influences seem to be Joy Division and Oasis, in the sense that their sound is basically one part the post punk legends and one part the Brit Pop icons. The part of all this that’s even weirder is the fact that it somehow… works. Actually, that might be jumping the gun slightly, but it definitely isn’t the jarring mess of doom laden vocals, ringing bass-lines and lad rock that it could be. Kind of. For most part. Sometimes it can be but sometimes the same elements come together and make something very… really… ah fuck it, let me explain.

So much of this record is fundamentally wrong. The production’s cheap as hell, their vocalist (whose name remains a mystery even to the depths of the internet for some reason) has a habit of sliding out of tune, third track Saturate being the biggest offender here, the guitar doesn’t really stray from reverb coated or reverb with added distortion but… for some reason I can’t bring myself to hate this. Nay, I can’t even bring myself to dislike this, there’s just such a sense of drive to the record, an “us against the world”, last gang in town feel as if they’re playing for their lives on every song. Not that it bothers them, of course. It’s the kind of thing that The Vaccines tried to do but were just too reserved to do. These guys have no such problems. They call one of their songs Walk Out That Door and have the balls not to have a shred of irony in it for crying out loud! The songs are good too, all following the same kind of theme as mentioned before, Joy Division meets Oasis in the early tracks, before some Jesus And Mary Chain wakes up in a skip later on in the record.

Perhaps this joyous lack of self awareness comes from the fact that this is an Italian Band writing in English, which has produced some stunning results in the past. None that are equalled here, but if you take this record for what it is, a rather fun rock and roll record that takes itself just enough too seriously for it to be funny but not enough to be annoying, then you might just have an awful lot of very daft fun.

Barry Adamson – I Will Set You Free