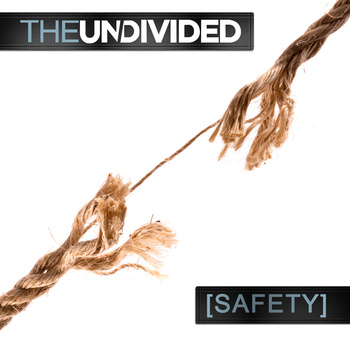 Oh dear, I feel like I have looked into the abyss here, reviewing a band I realise my own band played with only a few short months ago. Although I was a little preoccupied with trying to get myself organised at the time, I remember our collective verdict of “these guys aren’t half bad,” and indeed ‘Safety’ is “not half bad” if you want some catchy, fast-paced alt rock.

Opening track ‘7 Hours’ is a poppy little number that holds a pervasive melancholy and some great little thrashy riffs in it, in the vein of the healthy pop-punk Funeral For A Friend lite style that seems to have taken root in Wales right now. Tender verses and slick pre-choruses all build well, and the guitar is really quite something when it takes the foreground, with a refreshingly clean tone, the chorus sparking into bouncing singalong life yet merging with the heavy riffs seamlessly. The following ‘You & Me’ is more brooding, with an intro that strays into post-punk territory with its sparse, creeping drums and slinky yet moody bassline, both of which get swallowed into a sort of 90s alt-rock sound. If Nirvana wanted to play stadiums from the out, they might write something like this. I’ll have to commend the vocals here: they’re not the easiest style to pull off (heavily indebted to Placebo) especially when surrounded by grungy pop, but they are genuinely brilliant, powerful yet tuneful, and despite a pop sensibility, incredibly expressive. The eerily tender title track ‘Safety’ shows this, although the choice of this as a title track shows The Undivided are trying to push preconceptions of them: this is not pop punk, this is not alt rock as we know it; this is a full-on piano driven duet that features the soulful tones of Just Harrie as a counterpoint. The “awkward” that The Undivided tout as a band label is given grace on this track, and although it stands on the edge of trite radio ballad, its context as the centre of an album like this makes it in actual fact rather brave. Hot on its heels is the strongly post-punk ‘Open Your Eyes’, with a bassline that wouldn’t go amiss on The Cure’s ‘Seventeen Seconds’, and a tense yet breakneck atmosphere that explodes into a fists-in-the-air chorus.

‘Panic’ is the most jaunty number in terms of melody, bringing to mind what could be a summertime indie rock hit, if it weren’t for the heavier hints to the rhythm guitar hidden between the jangling melodies, and the bassline that trudges around the energetic drums without dragging it down. Well, okay, ‘Wasted Time’ is a close contender, albeit with a more overtly forlorn melody, the first verse being distinctly subdued compared to the band’s sound elsewhere, although the nearly raw pre-chorus and the chorus itself show heavier roots, leading into a proper arena song bridge and finale.

In fact, it’s a bit sad that ‘Together-Alone’ finds it hard to muster the punch that the other tracks hold. I mean, it sounds great on its own, but by now I feel like I’ve heard it all on the previous few songs and so when it comes to closing the album, it feels oddly unnecessary.

I have no bloody idea what’s in the water in Wales but in the past few years its rock scene has gone through the roof, and here The Undivided throw in a serious contender for the more mainstream, in a sort of Weezer/Placebo way. It’s UK indie, with whispers of 90s alt-rock, hints of the Manic Street Preachers’ stadiums-or-nothing, and to cap it off one seriously good vocalist. Listening to ‘Safety’, I can vouch that if I ever cross paths with these guys in the live circuit again, I’ll definitely pay close attention.