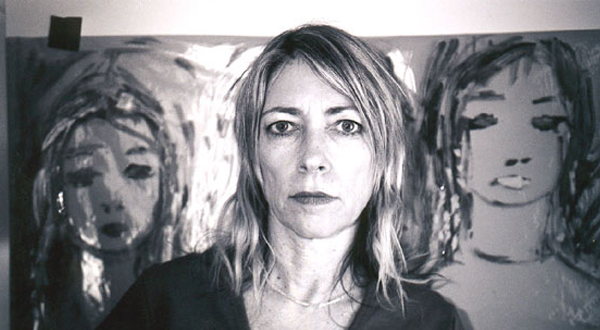 As a duo they’ve put forth a limited cassette only blast via Ecstatic Peace! and covered ‘Fever’ for an Ultra Eczema compilation so its hard to say exactly what this show will bring, but its sure to be a good one!

A founding member of Sonic Youth – where she plays bass and guitar and sings, Kim Gordon has also been involved in numerous collaborations with other artists and musicians including Julie Cafritz and Yoshimi in Free Kitten, Mirror/Dash with Thurston Moore and others including Lydia Lunch, Vincent Gallo, and Yoko Ono. With an extensive history in the world of art, both as an artist, writer and curator Gordon has maintained ongoing creative relationships with visual artists such as Dan Graham, Raymond Pettibon, Mike Kelley, Jutta Koether and Richard Prince and exhibited her own installation work across the US, Japan and Europe.

Guitarist Bill Nace has ripped a new black hole in the free rock universe as a constant, energising presence in the Boston area performing with Chris Corsano in Vampire Belt (and together with Jessica Rylan as Vampire Can’t), Thurston Moore in Northampton Wools, x.0.4 with Jake Meginsky & John Truscinski and a coruscating duo with free reed player Paul Flaherty. His collaborations even extended to a short-lived association with Brighton noiseniks Dylan Nyoukis & Karen Constance (aka Blood Stereo) under the Ceylon Mange moniker.

“kind of amazing that (after only a couple of tapes for his own open mouth label) this is actually bill’s “proper”debut solo record !!! it does a great job of showcasing bill’s range, veering from sculptural, almost remko-scha–esque chime to loren connors-style elegance in only a few short moves (listen to the sound-sample ; but one of the many highlights herein) ; peppered with pointillist metal pops & woozy, slide-riddled malaise … all executed with only the slightest bit of electronic processing / pedal mangle throughout …”
– Keith Fullerton Whitman on Nace’s “too dead for dreaming” LP (8mm)