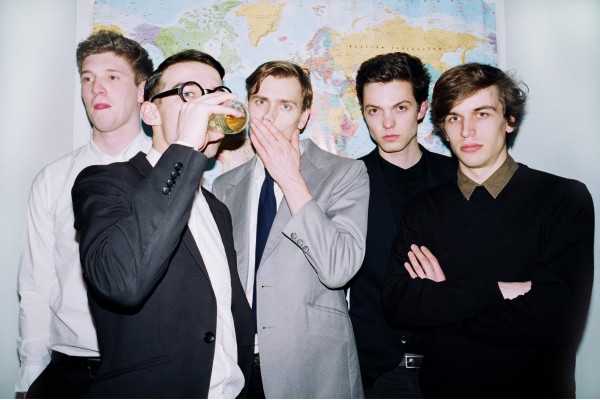 The release will feature a video shot on location in the wastelands of Southern California by L.A luminaries, Focus Creeps (Arctic Monkeys, Girls, Vitamin Water).

Fresh from his guest appearance at Spector’s Christmas show at Bethnal Green Working Mens Club, longtime collaborator and Legend of Indie Dev Hynes aka Blood Orange will supply his reimagining of #chevythunder for the bside.

As Spector move into 2012 they look back on their phenomenal eleven month career which has taken them from a debut show in a Stoke Newington basement to a place on the BBC Sound Poll, their own headline national dates, tips across the board within national press, radio and online, and an ever increasing loyal fanbase including artists such as Tom Vek, Florence Welch and Harry Styles.

2012 will see the release of their eagerly awaited debut album as well as their first live dates in North America, including gigs in New York, LA, San Francisco and Toronto and two shows at the world renowned Coachella festival. With ‘ Spectour II’ firmly in place for February, and support dates with Florence + the Machine throughout the UK and Continental Europe in March, this is set to be the year Spector sell out.