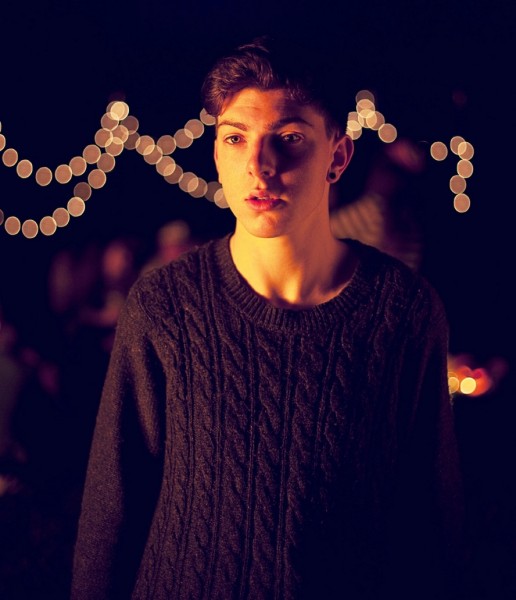 Jack Colleran doesn’t sleep, and it shows. The 18-year-old producer, who goes by the name MMOTHS, has embraced endless nights and bags beneath his eyes in exchange for something more; a uniquely ethereal sound that’s entirely his own. Disregarding genre conventions, the Ireland-based artist and producer mesmerises with sparse synths dripping in reverb, transforming digital soundscapes into organic songs, equally fit for both a night on the town and one spent indoors in the company of candlelight.

After setting the internet abuzz with his track ‘Blisters’ last Spring, SQE Music came onboard to become his official home. The debut 5 track, self titled EP from MMOTHS comes on March 5th and is a showcase of his style, where no sound, vibe, or texture is off limits.

MMOTHS was originally conceived as an instrumental project, however for this EP, Greece’s Keep Shelly In Athens and Los Angeles’ Superhumanoids lent their vocal stylings to Colleran’s beautifully crafted electronica.

‘Heart’ will be the first track to be heard from the EP and has been offered as a free download at the MMOTHS website. A dreamy synth line mounts as Sarah P from Keep Shelly in Athens gorgeously croons the refrain, resulting in a truly 21st century love song.
LIVE DATES

The subtle effects of his nocturnal writing process, chock full of endless nights and the cold moonlight, can be seen and heard on these five tracks on his first EP. Whether listened to in the daylight or under the dark night, this release will leave a resounding affect on listeners for some time to come. MMOTHS is here to kindle a new flame for electronic music, pushing it into lush new territory with the honesty of the young and impassioned.

RENDEZVOUS: ANOTHER ROUND PLEASE out on February 24th