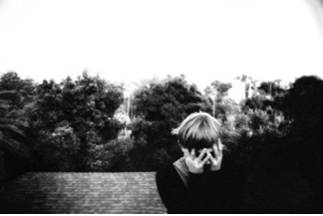 Following the release of their debut album ‘Out in the Light’ in September last year and a string of US and European dates, WATERS are back, and are embarking on a European jaunt alongside Nada Surf, calling in at Glasgow and London for two special UK shows.

To coincide with the tour, WATERS will also be releasing ‘Take Me Out To The Coast’, taken from ‘Out in the Light’ on March 12th through City Slang.

Filmed at the Tiny Telephone studio in San Francisco, WATERS’ front man Van Pierszalowski brought in a group of teenagers to join in on the chorus, bringing the album version to life.

A studio famed for its DIY approach and analogue equipment, Tiny Telephone has not only hosted the likes of Death Cab For Cutie, tUnE-yArDs and Magnetic Fields, but it is also home to numerous engineers including John Congleton, the producer behind WATERS’ debut, alongside work from St Vincent and Explosions in the Sky. A safe-haven for the independent band, this video captures the ethos of the Californian studio.

Last year saw WATERS play captivating sets alongside EMA and Wye Oak, and they will no doubt be a deserving support act for label-mates Nada Surf, as they promote their sixth studio album, ‘The Stars are Indifferent to Astronomy’ which is out now on City Slang.