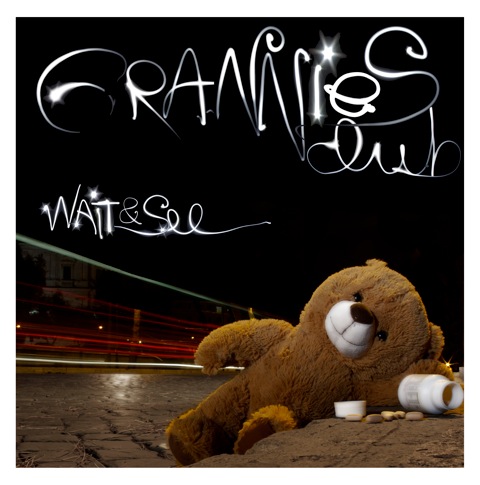 Grannies Club are an Italian four-piece indie-rock band, who formed just outside Rome four years ago. The band is centred round founder, frontman, and guitarist David Comanducci, and completed by Fondi on drums, Falconi on guitar, and Lolli on Bass. Despite lacking any real online presence, and with just one indie-released album ‘One Night Stand’ to their name, they have already managed to land support slots with bands such as Black Lips and The Courteeners – albeit just in their home country. In fact, Grannies Club have had little exposure outside of Italy, but perhaps this new EP will help them spread their rock’n’roll wings.

‘Ghost’ is a gritty, angsty little tune, with an angular but fuzzy riff and some wild, wild soloing throughout. The melody is proper infectious. Papapa (My Darling), already a bit of a live favourite, contains a hell of a lot more jangle, and a doo-wop edge – with the plenitude of Ohs, Ahs, Woos, and Bahs, giving it a rather summery vibe. It’s catchier and more accessible than ‘Ghost’, but doesn’t nearly contain the same amount of pull, sounding too much like all the other UK’s poppy, jangly indie bands. Nonetheless, it’s a fine tune.

A worthy release by Grannies Club, with memorable vocal and guitar hooks, and a generally appealing vocal performance (Comanducci just needs to work a little on his English, if he’s going to sing in English!).

Honour Before Glory – The Maison EP