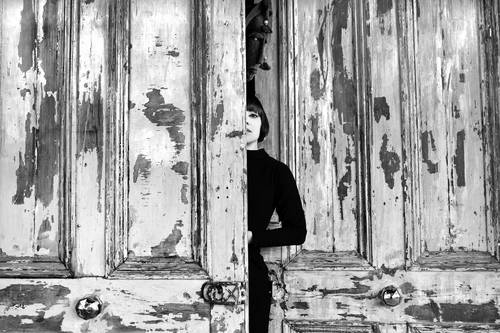 Atom Eye is the new solo project from Elsie Martins, the front woman behind Phantom, a little known experimental band. The track length of 6 minutes, 46 seconds tells you straight off that this is not going to be your standard single, being around twice the duration of most singles and twice as interesting. Certainly not run of the mill, the first part of Atom Eye’s trilogy takes you into a different realm. It’s really very mood altering and displays the potential of fully instrumental music; lyrics are not always needed to transport us somewhere new by any means.

As the name, Part 1 – Trilogy 120 suggests, this piece is part of one of three which when released create a full entity, which I cannot wait to hear fully. Part 1 is not a detached piece but it certainly does work by itself and has its own style and presence and can of course be appreciated separately. Dark and quite eerie to some degrees, almost of new age style in places, Atom Eye brings you experimentation with the flair and creativity needed to take you to another world. The piece has this beautiful feel of an imaginary world.

Atom Eye make a great introduction to experimental music, very enjoyable and pretty accessible too. All three singles will be available for free download so it is well worth checking them out. Part I – Trilogy 120 will be released on 6th February 2012. Part II and III will be released on the 12th of March and 30th of April correspondingly. They will be available for free download via Atom Eye’s official website.

http://www.myspace.com/thisisphantomuk – Phantom’s Myspace page for anyone who wants to check them out as well. Including free download of their song, Voodoo Romantic.