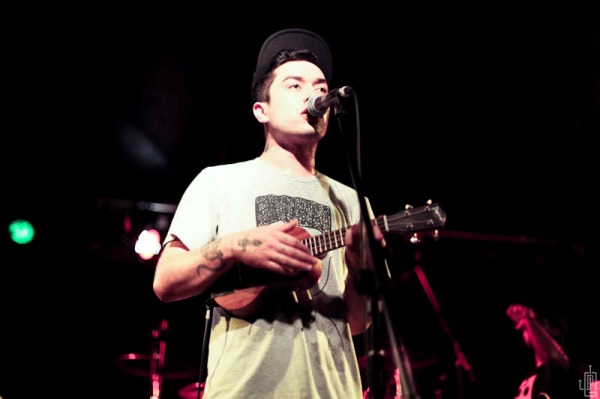 ‘Five Bottles of Shampoo (Live at The Roundhouse)’ is the B-Side to The King Blues’ new single ‘Does Anybody Care About Us?’. The track, which can be heard here in it’s original, spoken-word accapella form has been a regular feature from front man Itch in the band’s show encores for the past two years. Shot at the band’s recent triumphant performance at The Roundhouse, London – their biggest headline show to-date, fans can also look forward to re-living the rest of that electric night in Camden as the whole gig looks set to become part of a forthcoming limited edition King Blues DVD.

‘Five Bottles of Shampoo (Live at The Roundhouse)’ will be available to download on Feb 12th as the alongside current single ‘Does Anybody Care About Us?’