Dodgy – What Became Of You 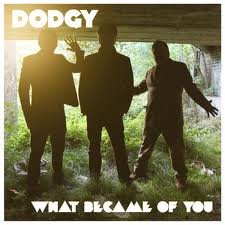 Dodgy are proud to release their newest single from new album ‘Stand Upright in a Cool Place’, their first release since 2001’s Real Estate. The key to this latest record’s magic is the kind of melancholy and worldliness – not to mention musical expertise — that can only come with advancing years. With it, they bring us ‘What Became Of You’ the first official released single from the album. The qualities have matured. The harmonies now sound both sun-kissed, and sad. There’s the odd intimation of mortality. ‘What Became of You’ is highlighted as one of the better tracks on the album, yet I’m left wondering if it was a better move than picking earlier released sneak peak track ‘Tripped and Fell’ which is a much better representation and blast into the past from the newly reformed band.
Elly Rewcastle