May 11th & 12th 2012 marks the launch of the METEOR CAMDEN CRAWL DUBLIN, a brand new live music event, taking place in 15 Dublin venues between Camden Street and Temple Bar. Rather the opposite of what its ‘pub crawl’ title implies, this Crawl is a music connoisseur’s dream. The eclectic line up will boast more than 100 hotly tipped International and Irish live acts, along with some very special guests. METEOR CAMDEN CRAWL DUBLIN 2012 will be a marvelous two day musical adventure across Dublin city and is the first ever sibling event of the original Camden Crawl  which has been running annually in London since 1995.

The line-up for METEOR CAMDEN CRAWL DUBLIN has been democratically selected by an invited panel of many of Ireland’s best known DJ’s, promoters, media and music heads, who will each host venues on the Crawl. The initial line-up confirmed to appear includes Alarmist, Becoming Real, Clock Opera, Dutch Uncles, D/R/U/G/S, Hands Up Who Wants To Die, Jogging, LaFaro, Laura Sheeran, Lemonada, Lethal Dialect, Le Galaxie, little xs for eyes, Last Days of 1984, melodica deathship, Tieranniesaur and We Are Losers.

The new event launches in partnership with Irish mobile communications provider Meteor. Commenting on the partnership John Anslow, Retail Marketing Manager said: “Meteor is a brand with a long standing association with music and Irish music in particular. Supporting emerging talent is key for us and this partnership will bring with it the opportunity to showcase some of our country’s best musicians whilst creating an affordable live music event.”

METEOR CAMDEN CRAWL DUBLIN will be a great opportunity for music fans to discover tomorrow’s next big thing and the hugely affordable one pass system makes witnessing the best emerging talent accessible to everyone.  Tickets, which are exchanged for wristbands, allow unlimited access to all venues, outdoor stages and after show parties and include a free programme guide and album featuring the acts performing in 2012. Individual venue line ups and timings remain a mystery until the opening evening to enhance the exploratory spirit of the festival. Crawlers are advised to arrive early as ‘headliners’ and surprise guests may appear at any time or venue.

Set to take place Friday 11th and Saturday 12th May, tickets for the METEOR CAMDEN CRAWL DUBLIN are available as single day or weekend passes. Tickets are on sale from 9.00am Thursday 16th February from Entertainment.ie, Ticketmaster, Tickets.ie, Wavtickets.com and HMV stores across the country. Weekend Tickets €40.00/Day Tickets €25 (excluding booking fee). Tickets are to be exchanged for wristbands which allow free entry to each of the participating venues throughout the festival as individual capacities permit. Wristbands and programmes announcing the full line ups and timings for the event are obtainable from 5pm – 10pm each day at the ticket exchange point located at Whelan’s, Wexford Street, Dublin 2.

Beginning with METEOR CAMDEN CRAWL DUBLIN this May, Meteor customers will be able to avail of great competition prizes through their social networking channels and tickets through their customer loyalty programme, “Meteor Goodies”. They will offer customers opportunities to see some of the best emerging artists from both home and abroad before they hit the festival circuit this summer 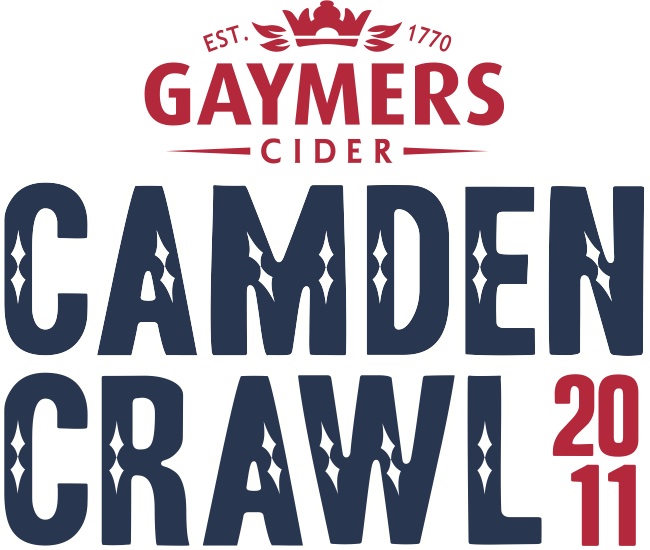