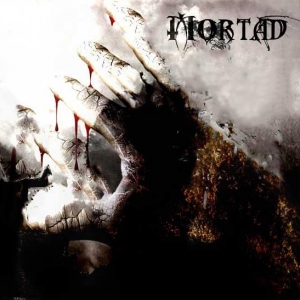 Right, so let’s get beyond the “OMG A WOMAN FRONTIN DEATH METAL” stage, shall we? Altogether now… okay? Still with me? Great, because Mortad are a solid band. And not just in the way their songs slam into you with full force, but the chaotic, solid tightness of it all. From start to finish, ‘Pandemic Paranoia’ is five tracks of venom-drenched quality.

The title track’s gobsmacking blastbeats are matched flawlessly to malevolent riffs, with the two played in rhythmic precision. The riff/rhythm interplay in ‘Black Rose Deflowered’ likewise will add an extra dimension to what you’d expect from death metal. The verses slide in and out of berserk mode like tectonic plates, and the drumming too is incredibly well-calculated, as it doesn’t just carry on endlessly or play a stop/start game but has its own internal sense of dynamics and texture that fits the snarling riffs to a T. ‘Stricken’ is the longest track on the album, and swerves between Mortad’s no-frills extreme metal, and something else more intuitive and even poetic thanks to a combination of atmosphere and audible lyrics.

But don’t let the technique and intelligence trick you into thinking Mortad are a clinical band. ‘Discipline And Distortion’ may as well be their mission statement in every way. Not only does the title sum up their intelligently aggressive approach to sound, but the song itself has pretty much everything great about the band. The guitars here even separate to play different parts in a chaotic maelstrom that shouldn’t work but does, and the riffs played together are given even greater impact thanks to this. And the vocals here don’t just fit spectacularly, but are given a moment where the instruments drop away, and it’s not just a precipice to fall to the next section, but a moment of sheer immediate thrill, as Arian’s voice doesn’t growl so much as grab you by the throat. Yes, that’s right, a woman can do death style vocals, and may I add a damn sight better than many beardy men I’ve heard. Just listen to the latter half of ‘Waste Of My Rage’, and dare to object, as the band all pitch into an intense onslaught that brings the EP to a slamming and startling halt.

If you were in the market for some excellent extreme metal with none of the ridiculousness or pretension, Mortad may be exactly what you were looking for. ‘Pandemic Paranoia’ is spilling over with malevolent atmosphere, a savage take-no-prisoners attitude, and some of the best and most directly visceral songwriting I’ve heard from a band like this for a long while.