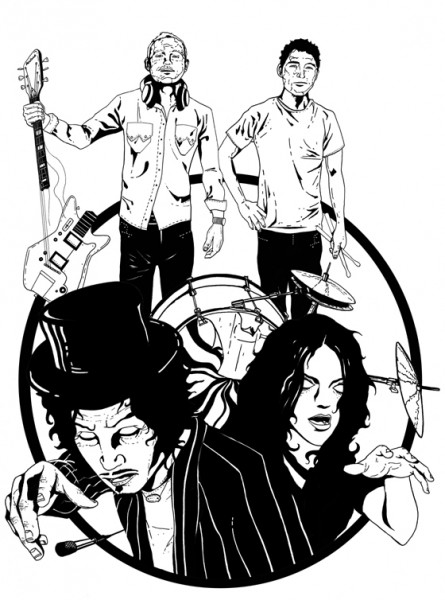 From Erol Alkan playing a test press of the original at his infamous Trash night to the numerous DJ re-edits that floated around after its original release; Seven Nation Army had its birth on a dance-floor. Push Music now take the genius of the original and stretch it out into a 128 bpm Indie-dance party starter. Push Music’s Bill Shephard explains:
“I’ve had this remix in the record bag for a year and it’s been played everywhere from Brighton to Camden and never fails to get a reaction. The biggest compliment we’ve had is that people think we’ve sped up the original – we’ve kept the structure and added some electronic influence but there’s actually only one sample used, we’ve replayed every part of the track and build up the drum kit from scratch. It’s been a labour of love but it’s worth it to see the dance floor light up…
It’s almost as if Meg and Jack had been told to play just a little faster…”
Mp3 Now available to download via Sound Cloud
About Push Music
As resident DJ for Scroobius Pip’s infamous club night ‘We Are Lizards’ and hipster hangout ‘Session’ at the Queen of Hoxton, under the Push Music guise Bill Shephard has played alongside the DJ elite; Rob Da Bank, Zane Lowe (Radio 1) Punks Jump Up (Kitsune) and kept things moving for the likes of Florence and the Machine, The Macabees, These New Puritans, Ghost Poet & Jimmy Edgar. He also guests at some of London’s essential new music venues (Proud, Camden, and The Nest, Dalston)