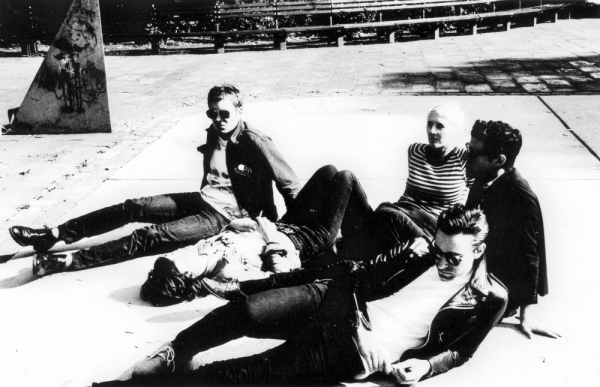 San Diego’s Crocodiles release their new album, Endless Flowers, on Souterrain Transmissions on June 4th. The first single from the album, Sunday (Psychic Conversation #9), with b-side featuring the band’s version of The Kids’ Fascist Cops, is available digitally immediately, and will be released on limited 7” on March 26th.

The band have also announced a series of album launch shows including a London launch on a boat on June 7th for the excellent Sexbeat. For more information and tickets visit http://wegottickets.com/sexbeat

Crocodiles have existed in various incarnations since 2008, evolving from the original core of Brandon Welchez and Charles Rowell into the five-piece we see today. With two previous albums, 2009’s Summer Of Hate and 2010’s Sleep Forever, the band garnered righteous praise for their intoxicating blend of scuzzy, surfy, lo-fi noise pop and their thrilling live shows. But, finding themselves having to make a hasty exit from their San Diego hometown last spring, they headed to Europe, landing in Berlin to rehearse and record their superb third album, ‘Endless Flowers’.

This Many Boyfriends Tour & fanzine unveiled