THE PRIMITIVES return with new album of obscure ’60s covers 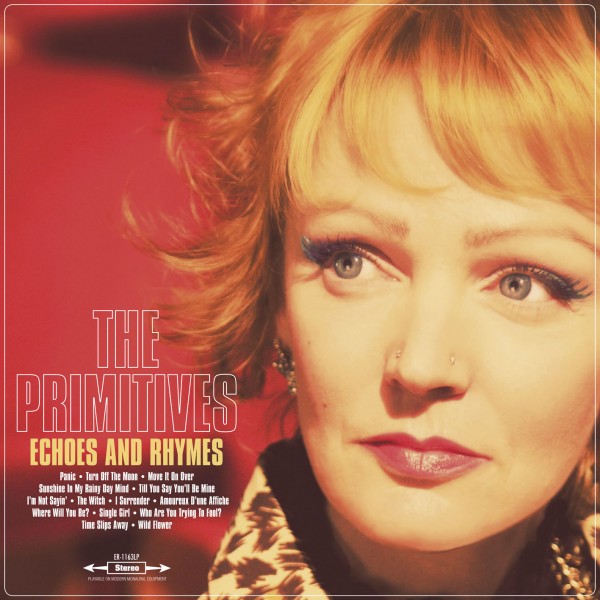 The Primitives Return With Cool Collection Of Choice Covers Of ’60s Femme Obscuros.

PJ Court’s band has a new album! The reunion that came about as a result of the death of their bassist, Steve Dullaghan, and that put them back on stage after 17 years away, has culminated in a surprising album that is full of energy and that shows that the authors of ‘Crash’ are still in enviably good shape.

Echoes & Rhymes really grabs the attention. All of the songs selected for the album are versions of songs by obscure, female-fronted groups from the ’60s. Curiously, the album is a long way from suffering from disparateness; The Primitives knew how to make each and every one of the songs on this marvellous album reflect and mesh with their electric personality. They took over these songs with surprising urgency and energy while still managing to salvage the marvellous essence of melodies that were born in the decade that most-cared for such things. The result is a tremendously addictive album, seasoned with a ’60s-halo that functions as a vindication and takes us directly to research every one of the (in some cases) little-known names that make up the details of its track-list. Who doesn’t wonder what incredible songs can be included in the repertoire of someone who wrote songs like ‘Turn off the Moon’, ‘Sunshine In My Rainy Mind’ and ‘I’m Not Sayin’’? From garage to psychedelia, with touches of soul and sunshine pop, multiple styles come together to form a special type of compilation, revisited with all the love and affection and energy of the band’s own buzzsaw sound. Following their love for independence, but with their unchanging capacity to reach everyone, as they already proved with their first recordings more than 20 years ago.

* Panic
* Turn Off The Moon
* Move It On Over
* Sunshine In My Rainy Day Mind
* Till You Say You’ll Be Mine
* I’m Not Sayin’
* The Witch
* I Surrender
* Amoureux D’une Affiche
* Where Will You Be?
* Single Girl
* Who Are You Trying To Fool?
* Time Slips Away
* Wild Flower