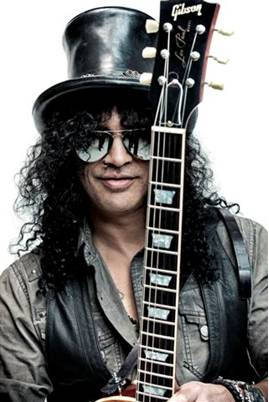 AVAILABLE TOMORROW EVERYWHERE AND ON iTUNES

IN FIRST WEEK OF RELEASE

FEATURING MYLES KENNEDY AND THE CONSPIRATORS

SLASH has premiered “You’re A Lie” online at Rolling Stone.com today, Monday, March 5. The hard-charging song–already #1 most-added at Active Rock Radio in its firstweek of release–marks the first single off the iconic, Grammy-winning rock guitarist and songwriter’s forthcoming second studio album APOCALYPTIC LOVE and is also available to buy in the UK on Monday March 5 on iTunes: www.itunes.com/slash. Listen to the song at Rolling Stone.com

APOCALYPTIC LOVE features SLASH and his bandmates Myles Kennedy and The Conspirators—Myles Kennedy (vocals), Brent Fitz (drums) and Todd Kerns (bass)– and will be released May 21 (UK) on SLASH’s own label DikHayd International and distributed through Roadrunner Records in Europe, Middle East, and Africa.

In the UK, the album will be released on May 21 in exclusive Classic Rock Fan Pack form – providing a unique collectable package containing the studio album with bonus tracks alongside a specially created magazine with unseen behind-the-scenes content put together by Classic Rock. The Fan Pack format will also come with free gifts including a pin badge & artwork poster and will be available to buy via more than 2000 retail outlets on newsstands nationally as well as the traditional high street and online music retailer. The Fan Pack is available for pre-order now at www.myfavouritemagazines.co.uk/slash-fan-pack. Roadrunner Records will simultaneously release the record digitally. The standard physical release of the Slash album will follow through Roadrunner Records on June 18 2012.

The group will launch a headlining U.S. tour May 3 in Baltimore, tickets for which are available now on www.slashonline.com.  See the full itinerary, with more dates to be added here: http://www.msopr.com/n/client-roster/slash/?cmd=tours

The full track listing for APOCALYPTIC LOVE is below. All the songs were written together by SLASH and Myles Kennedy.

3) Standing in the Sun

SLASH is also now conmfirmed for the UK’s Download festival, which takes place on the weekend of the 8th to 10th June 2012. For more information and tickets please go to www.downloadfestival.co.uk