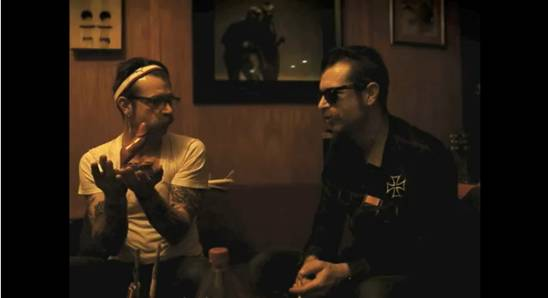 Jesse Hughes will be touring the UK as his alter ego Boots Electric starting tomorrow! Following the release of his debut solo album Honkey Kong, Jesse and his band are ready to hit venues across the UK and bring their feel good dance inducing electro-rock and roll to the throbbing masses.

Hughes didn’t simply become Boots Electric for Honkey Kong; he’s been Boots for a very long time. The very first rumblings of Honkey Kong actually date back to the 1998 Desert Sessions when the plan for his other band Eagles of Death Metal was also consequentially hatched. However, his EODM partner-in-crime Joshua Homme told Hughes he would only become “Boots Electric” the day he stopped “fruit-booting” around on roller blades and learned to dance. That day has come.

Decibels – The debut single ‘The Lesser’