The Kickliner – Different Versions Of The Same Thing 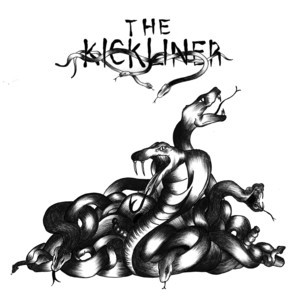 It shouldn’t be so refreshing to see an “indie” band be called as such because they are genuinely independent, as apposed to sounding like an even less talented Velvet Underground or having improper relations with a Geldof. The Kickliners are the edgy, uncompromising yet graceful indie rock group that Arctic Monkeys tried to become on Suck It and See, but were too indebted to the glorious British rock single to become (to their credit by the way, this reviewer is of the slightly controversial opinion that it’s by quite a large margin their best album). The Sheffield four piece create a marvellous racket on this, their debut E.P which, crucially, manages to juggle apocalyptic noise and great pop songs in a way not seen for a while.

Opener Shallowlands is the best example of this, Frankensteining the best of nineties Alt Rock then adding a dash of Dead Kennedys’ mutant surf rock to create something pretty much entirely new. It’s deliciously dark yet unflinchingly melodic, and it’s fantastic. The basic production lets it down slightly but it’s early days yet, and anyway,  this will almost certainly sound brilliant live so everyone’s a winner. Of Emerald Eyes and SOA both play up the surf influences the former possessing some of the most distorted bass this side of Feel Good Hit Of The Summer. There is quite literally never a dull moment, every track has a distinct feel that connects it to the other five while still feeling like it’s own track. To have a band do that at any point is worthy of praise, to have a band do that on their debut E.P is awe inspiring. If I was to nit pick Sunday Morning All The Time is marginally less immediate than the rest, which is Ironic for one of the fastest tracks present, and is the closest thing to a low point this has, but it’s still more than worth a listen.

In total, one of the most exciting debut efforts this reporter has had the pleasure of listening to, get this in your life as soon as humanly possible.