Neon Indian returns to the UK this Summer + new releases! 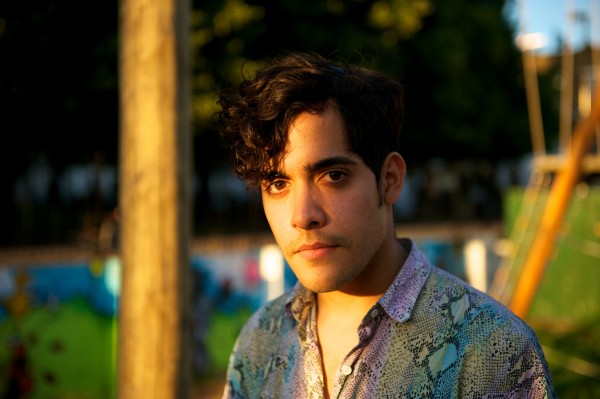 From giving New York museum MOMA a performance like no other to recently teaming up with Terrence Malick at SXSW, Neon Indian’s Alan Palomo has been keeping himself busy since the release of ‘Era Extrana’ last year. Next, he’ll be releasing ‘Hex Girlfriend’ on May 28th and Neon Indian will also be returning to the UK on June 6th for a show at London’s Village Underground.

You can stream ‘Hex Girlfriend’ here:

Ahead of the single’s official release, a special lime-green vinyl edition will be made available on Record Store Day, with the original version on one side and the Twin Shadow remix of ‘Hex Girlfriend’ on the other. Record Store Day takes place on April 21st in independent stores around the country and in the US.

After a breathtaking string of UK shows at the end of last year, the return of Neon Indian’s live show is something to anticipate. The blend of lights and atmospheric synth-pop is captivating, and once again UK audiences will be able to immerse themselves in Palomo’s electronic world.

To give you an idea of what to expect, Pitchfork filmed Neon Indian’s performance at MOMA and you can watch it here:

Neon Indian will be playing London’s Village Underground on June 6th. Tickets went on sale today (March 23rd) and are available from www.rockfeedback.com/live and www.seetickets.com