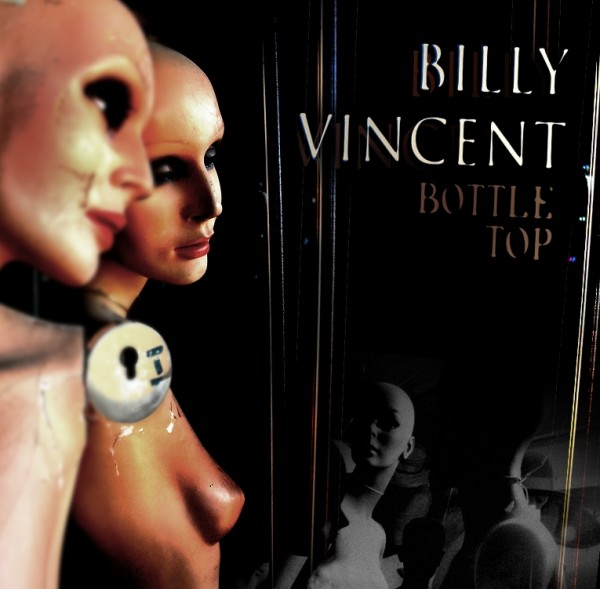 Billy Vincent is a band, not an artist. Just like Billy Talent is a punk band, and not just a singular punker. Billy Vincent is a five-piece folk-rock band from London (and so the punk band reference is a bit superfluous), fronted by best buddies Billy Barrat and David Vincent (Ah ha! Billy…Vincent. It all makes sense).

Their new single ‘Bottle Top’ is taken from their debut album ‘She’ (not a very intelligent title, in terms of SEO, etc – but who cares about SEO anyway?), which will be out in a month or so through Something Nothing Records. I was a little dubious when I first heard the opening of ‘Bottle Top’: It gave me a worrying feeling that Billy Vincent were just another bog-standard, cheesy folk-rock band – simple acoustic strumming, soppy strings, lovesick lyrics et al. However, once the song kicked it I suddenly felt guilty for ever doubting the band’s quality (not matter how brief my misconception was).

Yes, Billy Vincent are folk rock, but they have an indie-rock sensibility – and I say indie-ROCK just to distinguish them from the saturated nu-folk genre of Mumford, Fleet Foxes, etc. The lyrics are romantic, yes, but fairly intelligent – this is a love song, but not quite lovesick, more in the range of country-music love anthems than indie-folk whines. The acoustic and electric guitars greatly, greatly compliment each other (create an almost alt-rock, Americana sound), and the rhythm section does a fine job of steering the track from the understated waltz opening to the horn-filled, lively climax. The lead vocal performance is extraordinary – a beautiful voice that quivers during the delicate moments, and soars during the powerful moments. Perfect. Lovely. Satisfying.