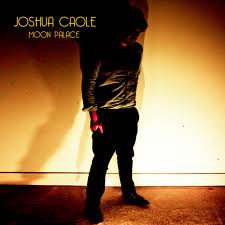 His 12 track debut album Moon Palace will be released on April 16th, 2012 on Bullo Pill Recordings. It takes its name from a book by Paul Auster, about exploration and discovery in America’s mid-west.

Sweet Sweet Eyes displays his love of American country with a catchy acoustic song. His moody guitar work on Butterfly is accompanied by a lovely blues harmonica. Girl of Your Own Times is delicate storytelling with a tender feel.

To Critics, Joshua reflects on life’s mysteries intermittently well, with a lack of any impressive or memorable songs. To fans he’s warm, pained and fragile and sings with passion. His songs are introspective, yet clean and soothing.