Acclaimed Irish singer-songwriter Glen Hansard has announced he will be joining Eddie Vedder on his European solo dates coming July 2012. Tickets for all 4 shows are on sale now:

These European dates follow the month-long US tour they did in the Summer of last year. Coming April Glen Hansard and Eddie Vedder will hit the US road again for another four weeks. Glen’s also featured on ‘Sleepless Nights’ – one of the songs on Eddie Vedder’s solo album “Ukulele Songs”.

Best known as the frontman of Irish band The Frames and as part of the Academy Award-winning duo The Swell Season, Glen Hansard has been working on his solo album for the last few months, due for a release this Summer. This will be Glen’s first studio release, following the Swell Season 2009 album ‘Strict Joy’. 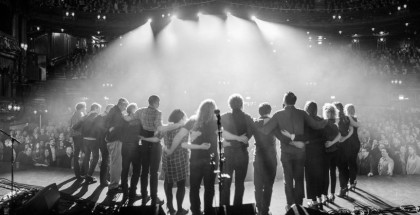