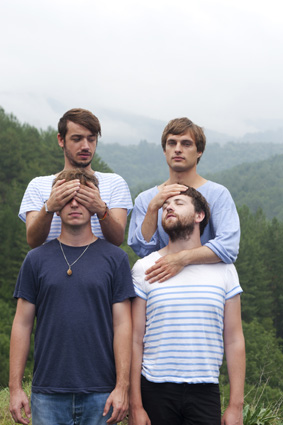 City Kiss is the third single taken from Fránçois & The Atlas Mountains’ ‘E Volo Love’ and will be available via digital download on 16th April 2012.

Watch the new video for the track below – directed by Elliot Dear, who says: “The Ciy Kiss video evolved organically. I had some specific narrative points planned, but because of the unpredictable nature of the shoot on the buses and trains, I really didn’t know what footage we would end up with. Unexpected snow and an impromptu snowball fight with some kids in Hackney gives the video an element of spontaneity, and moments that I couldn’t have planned for.”

Fránçois and his band have announced more live dates in the UK as follows: