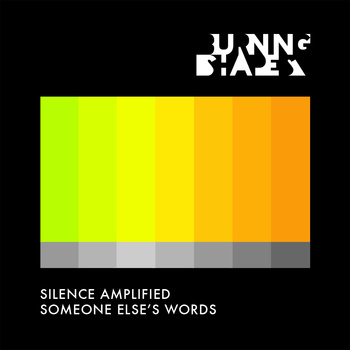 Burning Shapes’ double A-Side is produced by former Bloc Party, Razorlight and Ian Brown producer Joe Hirst, this is apparent not through any similarity between his former projects and his newest (of which there are some), but through the strength of the recording. Silence Amplified has a Californian air to it, with vocals sounding at times like a gentle Dave Grohl. Tight harmonies really add something to the track which sounds extremely chart-friendly, never really rocking-out any more than Maroon 5, but containing the same musical nous as to make it a perfectly accessible song.

Despite it initially sounding like a complete rip off of Fleet Foxes with its gentle riffing and ethereal vocals – second track, Someone Else’s Words demonstrates good versatility from the home-counties based four-piece. After a while the track eventually finds its own feet and Burning Shapes carry it with aplomb. Once again a Californian-twang is to be found in the track, but this time it’s moved away from the Silicone Valley rock of Silence Amplified to Santa Cruz surf as Someone Else’s Words drift off in to the sunset, waves gently lapping at your feet.