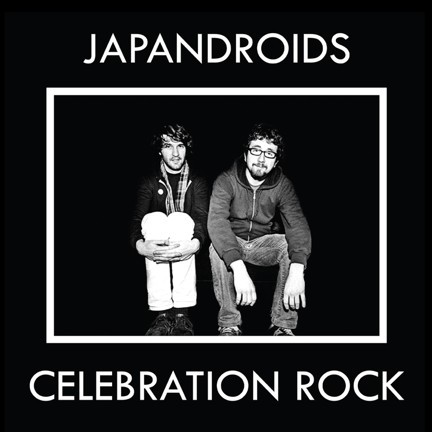 Vancouver duo Japandroids have announced the long awaited follow-up to their critically acclaimed 2009 debut, ‘Post-Nothing’, along with a new single plus a full UK/EU tour (more details below). New album ‘Celebration Rock’ will be available 5th June on Polyvinyl Record Co. On 14th May, Brian King (vocals, guitar) and Dave Prowse (vocals, drums) will release the first single off the record, ‘The House That Heaven Built’ as the fourth installment of their 7” series, which also features a B-Side cover of Nick Cave and The Bad Seeds’ ‘Jack The Ripper’.

You can stream the amazing ‘The House That Heaven Built’ HERE

King recently talked to Pitchfork about recording the album, which was created in Vancouver at The Hive with engineer Jesse Gander, who they had previously worked with on ‘Post-Nothing’:

“On a lot of this new record, we actually tried to simulate the sound of what we thought the crowd would do during the songs,” says King. “Dave and I were in the studio just screaming out as if we were in the audience at our own show.”

The forthcoming album features eight new tracks and will be available on CD/LP/Digital. There is also a limited edition of 1,000 on 180-gram red vinyl available for pre-order HERE

Starting mid-May, Japandroids will head out on what will be a long road of touring, starting in the UK in mid-May and winding up in Vancouver in July.

Full dates are as follows:

Eugene McGuinness announces new album ‘The Invitation To The Voyage’