A Chat With Blacklisters 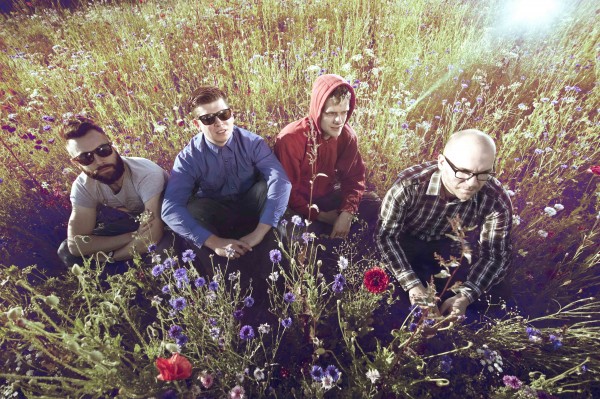 Orna chats with Blacklisters, here’s what she discovered!

AAAmusic: Your album is due to be released very soon, how would you describe the sound of BLKLSTRS?

Like early Queen mixed with late Monkees. Its Status Quo meets Megadeth. Like Karen Carpenter dueting with the Craig David. It’s like when Boyszone did that tune with Mariah Carey or when Metallica recorded S&M but without Lar Ulrich. It sounds a bit like what I imagine Pearl Jam would sound like if all their songs had been written by Beethoven. It is exactly the same as The Beatles. It is Graceland By Paul Simon. It’s very raw.

AAAmusic: What are the general themes that you sing about in your music?

There are no real themes. I take a lot of influence on the ways to write words form bands like Shellac where actually the content of the songs doesn’t always matter. Maybe it is just about some sort of thing that I find funny at the time or something that needs to be looked at for the idiotic thing that it is rather than trying to bring down the system or fight the power or cry about feelings. That’s not to say it’s a joke, the lyrical themes just aren’t the focus, the focus is the tunes and the energy in them.

AAAmusic: Can you tell us a little bit about the artwork for the album?

It kind of came about after long chats between us and the guys who made it. We were after something a bit dark and surreal but something that had an element of humour to it. We liked the idea of this guy sitting next his collection of shit red stuff like a public interest piece. Some weird obsessive guy and his dog and his cabinet of red stuff he’s really proud of. It’s a bit unnerving.

AAAmusic: Your music has a confrontational, angry element to it- do you draw upon real life experiences when writing songs?

It is confrontational yeah and comes across as very aggressive and that’s because we want all humans to hate their parents as much as we do and then moan about it as much as possible. I jest! Really and honestly we are not angry in any way, we like aggressive music but our subject matter is a bunch of jokes and just looking at stuff and saying “god that takes itself far too seriously”. I guess we all listened to heavy bands when we were young and when we were Angsty, but Angst fades and your taste in music evolves. I listen to music that has all the best elements of heavy bands but isn’t trying to make you feel sad about stuff. There is a lot of joy in our music you just need to listen hard to find it.

AAAmusic: You are lined up to play at numerous festivals this summer, any you are particularly looking forward to?

Hevy should be fun and both Dublin and Camden Crawl too. We came to Camden last year watched some great bands and hung out with those we knew who were playing, it was a lot of fun and a lot of booze was consumed before watching a bit of Giggs, also great. It’ll be good to come down and play this time. Get a grip of The Earl Of Camden and rip his arms off.

AAAmusic: Is there a sense of competition between underground rock bands that you meet/know?

Not with those closest around us, I’m not sure with others, we only hang with people we like, but then we don’t do this for the glory. We all get a real sense of pride when our friends achieve stuff or do cool things.  On the underground rock circuit we all tend to settle stuff with egg and spoon races anyway, you can’t argue with an egg on a spoon race can you? Hawk Eyes won the last one so they can be in Kerrang this time, next time we might win and get to do Jools Holland, who knows. It’s all about Rock sports days

AAAmusic:  I see that you guys are also lined up to play Dublin Crawl, will it be your first time playing in Ireland?

Yeah first time, it’s really cool, we will go on a little holiday, ruin ourselves, try not to ruin Dublin and return better people with Guinness for blood

AAAmusic: What other bands influence you musically and who would your ideal band to play a show with be?

We have been heavily influenced by bands like The Jesus Lizard and Shellac. Most bands on Touch and Go really. Kong (also on Brew) are a massive influence too. We are lucky in Leeds to have been surrounded by such great loud bands and you can’t help but be impacted by those around you. Bands like These Monsters, Pulled Apart by Horses and Hawk Eyes for instance and ones that aren’t around anymore like Whores Whores Whores have all had a huge impression on us. In terms of who we’d like to play with we got to play with Scratch Acid the other week that was one. Proper hero worship. The Melvins and The Jesus Lizard probably, that would be a dream show.