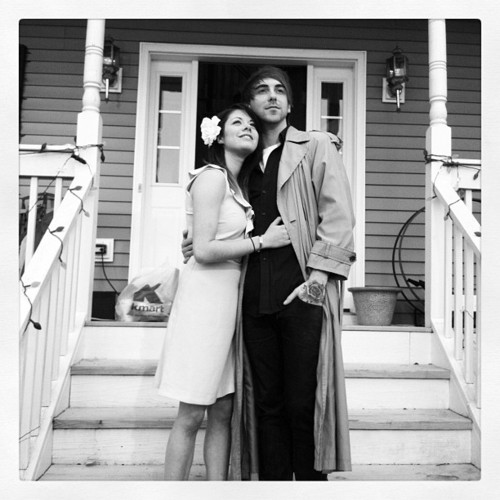 The fast-rising We Are The In Crowd have just premiered the video for a new version of ‘Kiss Me Again’, featuring Alex Gaskarth of All Time Low. The track is taken from their debut album, ‘Best Intentions’, released at the end of last year on Hopeless Records.

When asked about the video, singer Tay Jardine, responded “it was quite the experience because I was sick. I had bronchitis and I had to stand outside in a dress in freezing cold weather” and guitarist/singer Jordan Eckes adds “I ruined a lot of those shots because I was looking out the window the whole time. The director was freaking out, ‘Get him out of that window!'”

WE ARE THE IN CROWD release the Twitter feed based video for ‘Both Sides O... 20 October 2010 | aaamusic