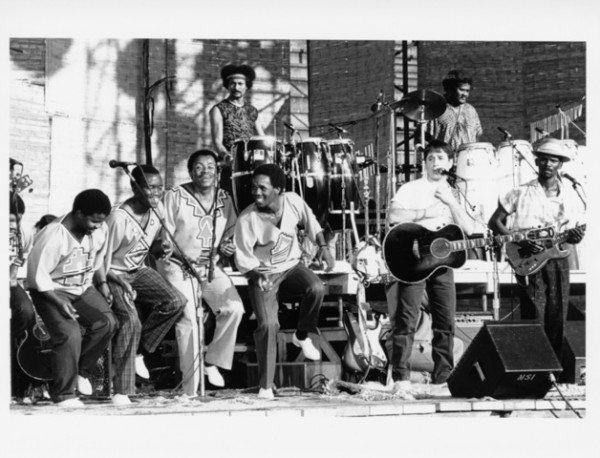 The 25th anniversary of Graceland, Paul Simon’s groundbreaking album that continues to influence and inspire generations, will be commemorated with musical and film celebrations stretching into the summer. Following its Sundance Film Festival premiere in the US, the Joe Berlinger-directed documentary “Under African Skies,” chronicling the creation and lasting influence of Graceland, will have its UK premiere at Sundance London at the end of April. The documentary has been garnering critical acclaim on the film festival circuit with screenings at SXSW 2012, where it received an Audience Award, the Santa Barbara International Film Festival, and the Sundance Film Festival. The film is slated for an early July Broadcast on BBC 1 as part the Imagine series, introduced by Alan Yentob.

To help commemorate the anniversary and celebrate the indelible musical legacy of Graceland, Sony Commercial Music Group will be offering several 25th Anniversary versions of Paul Simon’s Graceland on 4 June:

Paul Simon will be performing Graceland in its entirety at Hard Rock Calling 2012 on Sunday 15 July. He will be joined on stage by Jimmy Cliff on songs including Harder They Come and Too Many Rivers To Cross, before Ladysmith Black Mambazo take to the stage for a Graceland reunion, a UK first since 1987.

About “Under African Skies”

The story of the making of Graceland, and the controversy created when Paul Simon went to South Africa to record with local artists, is told in “Under African Skies,” the new full-length documentary from two-time Emmy, Peabody Award winner and Oscar-nominated filmmaker Joe Berlinger (“Brother’s Keeper,” “Metallica: Some Kind of Monster,” the West Memphis Three/”Paradise Lost” trilogy) and producers@radical.media and A&E IndieFilms.
Featuring interviews with key anti-apartheid activists of the time and such musical legends as Quincy Jones, Harry Belafonte, Paul McCartney, David Byrne and Peter Gabriel, “Under African Skies” travels with Paul Simon back to South Africa, 25 years after his first visit, and recounts the making of the record, surveying from the vantage of history the turbulence and controversy surrounding the album’s genesis. His artistic decision to collaborate with African musicians created a new world musical fusion, combining American and African musical idioms while igniting an intense political crossfire, with Paul Simon accused of breaking the UN cultural boycott of South Africa designed to end the Apartheid regime.

The universal appeal of the music of Graceland proved more powerful and enduring than the political hotbed attending its creation. In 1986, the album sold 14 million copies worldwide, received universal praise from critics around the globe. Simon and the members of Ladysmith Black Mambazo performed on “Saturday Night Live” in what turned out to be a landmark moment in the show’s history.

Graceland won “Album of the Year” at the Grammy Awards in 1987. Then, in an unprecedented carryover, the album garnered the Grammy for “Song of the Year” with its title track in 1988. The album generated three hit singles–including “You Can Call Me Al” with its iconic video featuring Chevy Chase–and kept Paul Simon and the Graceland tour on the road for five years. It continues to be a major force and a source of inspiration and joy for musicians and fans alike.

For additional information about the 25th anniversary of Graceland, related programming and products, please visit www.graceland25.com.