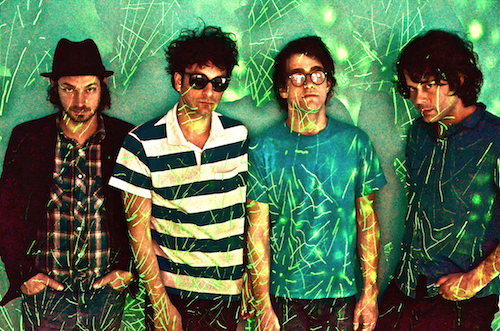 UK dates in May

Boiling up from the independent musical cauldron Hotlanta has become, here comes Gringo Star with its follow up to 2008′s critically acclaimed debut, ‘All Y’all.’  The band now comes into its own with ‘Count Yer Lucky Stars‘ – a collection of catchy and instantly classic pop music.  You won’t be able to stop humming this spate of new and bright tunes, music that lifts the spirit. The album will be released in the UK on 30th April, 2012, preceded by lead single ‘Shadow’ on 23rd April.

In this Ben Allen (Animal Collective, Gnarls Barkley, Deerhunter) produced record, the surge of primordial forces that reveals itself through rock and roll only about every other generation has infected these multi-instrumentalists and the result is an upbeat album of raw energy and positivity.  Live, if you can resist the urge to dance, you’ll find your limbs shaking and your toes tapping to a band which has been described as “explosive,” “electrifying,” and “exceptional.”

May 26 Upstairs at the Garage   London