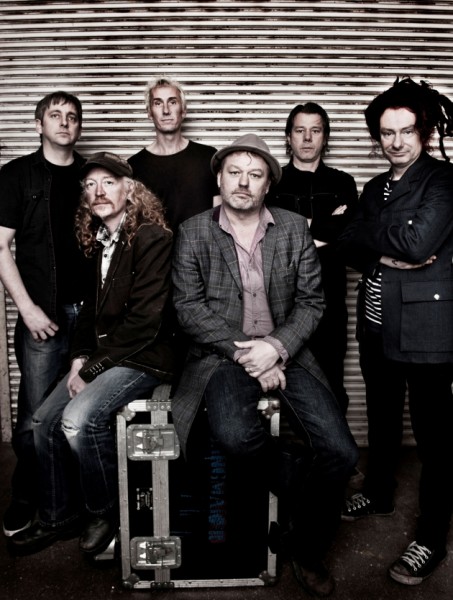 Levellers have announced that ‘Truth Is’, the first single from their forthcoming studio album ‘Static On The Airwaves’ will be released on Saturday 21 April. A Limited Edition Red Vinyl 7” version will be available exclusively as part of Record Store Day, with the digital download being available from online music stores the following day.

The single was produced by Sean Lakeman who produced the Levellers’ last highly acclaimed album ‘Letters From The Underground’. Sean is also well known for producing his brother’s Mercury-nominated and gold-selling albums. Recorded ‘as live’ at Sono Studios in Prague ‘Truth Is’ was mixed in New York by the legendary Victor Van Vugt (PJ Harvey, Beth Orton, Nick Cave).

The decision to release the track as part of Record Store Day 2012 was an easy one for the band. They have a long history of actively supporting independent music shops and have done signing sessions and performed acoustic gigs in a great many of them over the years.

24 years after forming and still with their original line up, Levellers are still as musically and politically astute as ever. The lyrics to ‘Truth Is’ were inspired by the band’s tour to Athens in October 2009, where they witnessed first hand the effect that the economic turmoil was having on ordinary Greek people.

‘Truth Is’ carries a message of empowerment for the individual. ‘If I don’t make it, then you can’t take it’ stands as a stark reminder of the obvious truth that whatever power governments claim to exercise over their people, they can achieve nothing without their citizens.

Lead singer Mark Chadwick says, “Economic mismanagement by governments and financial institutions have brought misery to people all around the world. Worst of all, the very politicians and bankers who put their economies in trouble are the ones who are most isolated from its effects. Time and again they place the burden of their failures onto those on the bottom rung. At their peril.”

The single has already become a firm live favourite, having been played to over 30,000 fans during the encore of the band’s sold out Levelling The Land tour last year. It was premiered by Chris Hawkins on BBC6 Music and in his words ‘stormed it’, generating a mass of positive emails, texts and tweets.