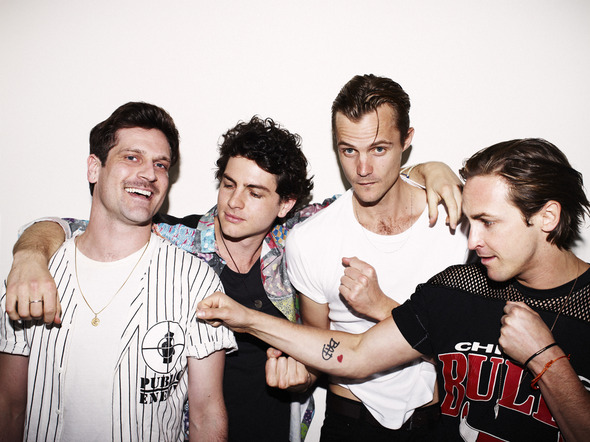 Van She are back! And indeed back with a bang as they invite you to enjoy their sophomore record, ‘Idea Of Happiness’ out 9th July on Modular Recordings in the UK.

So uplifting it’s practically levitational, the new record is Van She’s most focused, joyous musical excursion to date. An album stirred by sunbaked travels and fleeting truths, and shaken with the sands of time, ‘Idea Of Happiness’ was recorded, engineered and produced by the band themselves in Kings Cross, Sydney.

Van She’s self-sufficient approach to the recording the album allowed them the time and space to not only fine tune to the nth degree each cymbal splash and crashing wave sample, but also left them free to give ideas the time and space to hang loose. They may have walked a slow, deliberate path to realising album #2 but the result is all the better for it.

The record was mixed in Los Angeles with Tony Hoffer, the perfect man for the job with a resumé that includes work with Beck, Air, Phoenix and M83.

‘Idea Of Happiness’ is an ecstatic air punch of a 2nd effort and one Van She and Modular are incredibly proud to share very soon.