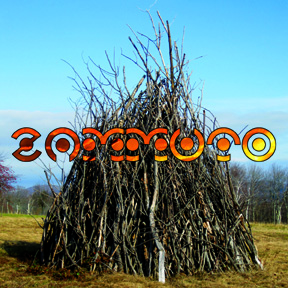 Nick Zammuto of experimental New York duo the Books has been releasing tracks since last summer including the Idiom Wind EP, with a new band simply titled, Zammuto. US label Temporary Residence is proud to announce the release of their self-titled debut album on 30th April 2012.

Sprouting from the same mind that created the Books – one of the most acclaimed and innovative groups of the past decade – Zammuto marks a deep reinvention of the highly detailed, genre-defying spirit that made seminal albums such as The Lemon of Pink and The Way Out possible.