Atari Teenage Riot are gearing up to release ‘The Collapse of History’ on the 30th April 2012. It is the final single from their critically acclaimed ‘Is This Hyperreal?’ album. From a band that has sold over a million records & played in every corner of the planet it is a fiercely relevant track that further cements the fact that not one second of their 20 year history has quashed the bands furious desire to address the contemporary issues of the world they find themselves in and musically helped shape.

Band leader and Digital Hardcore Recordings head honcho Alec Empire had this to say about the track – ‘It is an anthem to our generation. Information overload in the digital age. The track has a big war chant, which went down extremely well with festival crowds since we started playing it.’

The video for the track was shot in a mental institution in the suburbs of Paris and perfectly encapsulates the tracks themes of the consumption of information in the modern age. 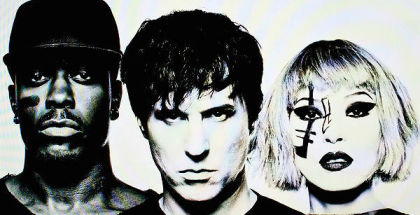