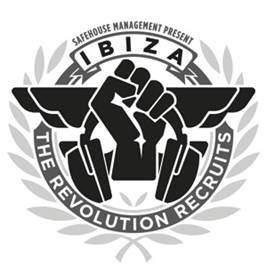 Following last year’s 10th anniversary, their most successful season yet, Carl Cox and Safehouse Management have confirmed they’re continuing the revolution for 2012, and this time, they’re taking on new recruits.

After ten seasons at Space Ibiza, featuring some of the most renowned DJs in the world, Carl is opening up the ranks to welcome a whole army of new talent. This year’s Revolution is going to be eclectic, loud, and unforgettable. And it’s all happening at Space Ibiza, which Carl calls “the Rolls Royce of clubs,” – a feeling obviously shared by many, given that Space Ibiza was voted World’s Best Club two times in a row by DJ MAG (2011 & 2012). Space also just took home the Best Global Club award during the 27th Annual International Dance Awards at the WMC Winter Music Conference in Miami.

Carl will be returning to the helm, along with residents – Yousef, Umek and Nic Fanciulli, plus a stream of stellar headliners and a whole load of new faces – all to be announced soon. “We’re putting all our energy behind building this night to even new heights,” says Safehouse’s Lynn Cosgrave. “There will be familiar faces but also incredible new talent and styles of music.”

Plus this year, for the first time ever, Carl is offering all budding DJs a chance to DJ at The Revolution Recruits – A once in a lifetime opportunity to play alongside some of the biggest names in dance, at one of world’s biggest parties.

It’s a global competition, so anyone can enter by uploading their best 30-minute DJ set via Mixcloud. The mixes with the most likes make the shortlist, which will then be judged by Carl and Safehouse Management. The best 4 will win return flights, accommodation and a DJ spot at one of the 12 Revolution nights. All winners are also invited to attend a short course at the renowned SAE Institute to develop their skills, as well as receiving premium memberships to SoundCloud and Headliner.fm.

Carl has also announced that he is on a quest to establish an official theme track for his Revolution. ‘The Revolution Recruits Theme Contest’ is a unique competition that challenges ambitious music producers to transform samples submitted by several Intec Digital artists into a track they feel will best communicate the spirit of Carl’s Revolution. The winning theme will be used as part of The Revolution Recruits promo material and officially released after the 2012 season has ended. The winner will also get the chance to develop his or her skills with one of the short courses offered by the SAE Institute. Premium memberships from SoundCloud and Headliner.fm are also in store for the winner.

Tickets for the Revolution Recruits at Space Ibiza from July 3rd to September 18th are already on sale via Ticketweb. Book early and ensure that you’re in the front lines of the party.