Miike Snow – Happy to You 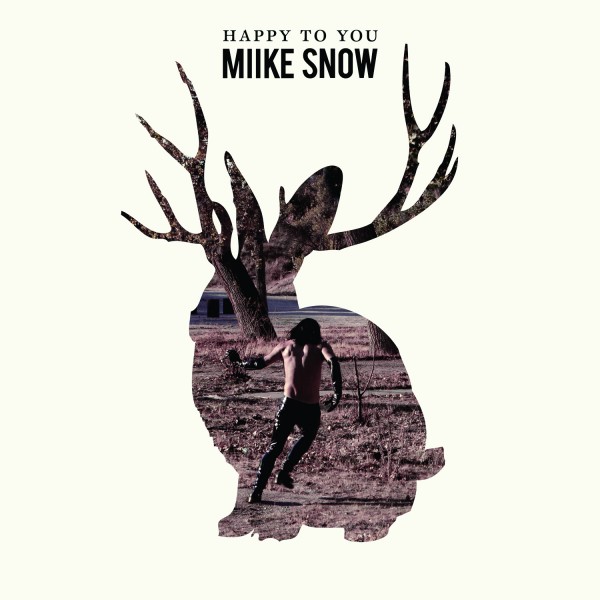 Swedish trio Miike Snow returned at the end of March with their second album, Happy to You. Often said to hold strong similarities with Scandinavian pop luminaries such as A-Ha, there is also a strong suggestion of influence from the likes of electro pioneers The Knife with their uplifting, fuzzy-edged synth tones.
Warped phases and gentle synths on ‘Enter the Joker’s Lair’ open the album promising more electronically based, uplifting pop. Second track, ‘The Wave’ continues on this joyous vein with rhythmic drumming, supported by airy piano and vocal samples. The first track to be released from the album, ‘The Devil’s Work’ reminds the listener of French duo, Air, containing effortlessly danceable piano and the subtle inclusion of horns. Fourth track ‘Vase’ sounds almost like a new release from Vampire Weekend, the vocals sounding very similar to Ezra Koenig with its high reaches supported by an African rhythm throughout. Eighth track, ‘Archipelago’ also has more than a hint of the New York indie group as well.

Midway through, the album takes on a gentle tone with the light, almost dream-like ‘God Help this Divorce’ followed by the poppy ‘Bavarian #1 (Say You Will)’. The seventh track on the album, ‘Pretender’ has a very strong house feel to it, with anthem piano setting it off followed by a bass line that never threatens to overwhelm the soft sound that the band are clearly keen to persevere with (‘soft’ being used in a flattering sense). ‘Black Tin Box’ features fellow Swede and INDGRID record label founder, Lykke Li. This track has a deeper feel to it than others on the album with moody synths and a harder drum beat and provides a contrast to the rest of the tracks within it; however it never really takes off, despite the inclusion of their esteemed collaborator. Miike Snow make sure that Happy to You finishes on an uplifting note with their first single from the album, ‘Paddling Out’, which is sure to be a crowd pleaser this summer with more uplifting piano loops and hands-in-the-air vocals reminiscent of Justice’s remix of ‘We Are Your Friends’.
Overall, this album has a real summer vibe to it, and despite a couple of underwhelming inclusions, Miike Snow never falter in their pursuit of happiness. This fine slice of often euphoric electro-pop is definitely one to listen to whilst the sun sets on a summers evening.

Cathy Jordan – All The Way Home