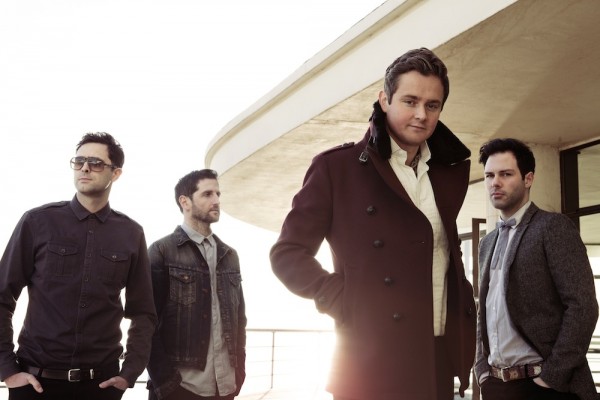 Keane will release their brand new single ‘Silenced By The Night’ on 30th April 2012. This is the first single to be taken from their highly anticipated fourth studio album ‘Strangeland’ which is released on 7th May through Island Records. The video for ‘Silenced By The Night’ premiered on VEVO today and is now available on YouTube (see below):

The video was shot by renowned rock music video director Christopher Sims in a lime salt mine in Austin, Texas. It follows the story of two friends on a road trip in real time, whose feelings for each other genuinely develop from friendship to falling in love.

To mark the release of the single Tom Chaplin and Tim Rice-Oxley will play an acoustic set at Rough Trade East (London) on 21st April as part of Record Store Day.

Keane marked their long awaited return in March with two sold out fan shows at their local venue the De La Warr Pavilion in Bexhill and their first ever performances at SXSW Festival. They’ve also recently announced a UK tour for May and June, full listings as follows:

Keane announce details of their new single ‘Silenced By The Night’... 13 March 2012 | aaamusic