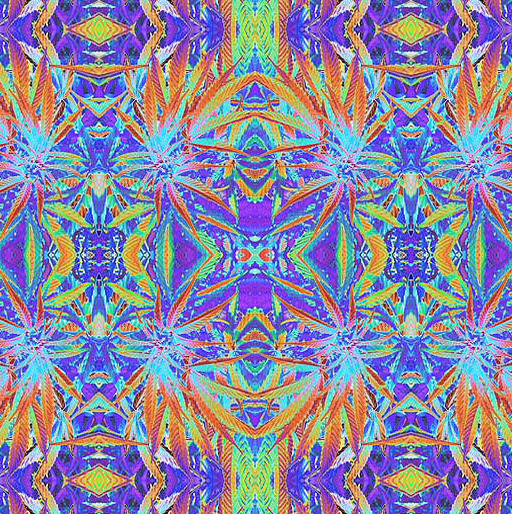 Ever since appearing on da radio – BBC Radio 6’s Introducing – Courts have been racking up considerable hits, views, likes, plays, tweets (and sees, smashes, twits, sighs, etc) online, and one can just sense the early stages of unhealthy hype developing from the dependable ol’ blogosphere. That being said, this is one Essex indie band that I truly hope can build upon this early exposure to break out of the underground (with action movie karate kicks, if possible) and make something of themselves – the UK indie mainstream could do with a sound as inventive and interesting as Courts’.

Now, I can’t work exactly how many members there are in Courts – according to some of their social media they have four members, according to others Courts are a quintet (?). That is, however, by the bye, because what matters (in this review) is their lovely little debut EP ‘No Knowledge No Heart’ – which was originally uploaded to their Bandcamp six months ago, and remains downloadable on a ‘pay whatever you want’ basis.

I haven’t really done Courts justice thus far; since all I’ve revealed about their musical style is that they’re an indie band. Sure, they’re an indie band at heart, but A. that isn’t very informative, and B. Courts are so much more than your typical guitar-based, indie-rock band. And it’s there ability to fuse different genres and styles of instrumentation so effortlessly and, more crucially, so subtly that makes Courts so unique. Funk, ska, hiphop, math-rock, chillout, blues – you name it, they fuse it.

Opener (and former single) ‘Roll For The Sun’ is a mid-paced, indie rock tune, with a jangly, post-punk backbone and yelpy indie vocals  – and then comes the funk-heavy guitars of the breakdown, which – along with the sneaky claps – sound like they’re referencing the Shaft theme tune or some sweet s***. ‘Madhatter’ is a more ambient offering, with a lounge hiphop rhythm, jam band guitar noodlings, and proper rapping – soulful and smooth, like Michael Franti and Spearhead. ‘Send For Adventure’ is math-indie-rock in the vein of Foals, with intelligent and tuneful guitar lines, and ska-tinged, twangy vocals. ‘Long Wait Long List’ is another progressive indie track, with math guitars and features rocking rap-rock vocals, the kind that you will find grating right up until the point you fall in love with them. Perhaps the best guitar parts of the EP: both catchy and experimental.

The title track is another Foals-heavy dance-indie song, in terms of the music, with a funk-rock underbelly and a glorious closing synth. The vocals go from spoken work to melodic singing, really showcasing the frontman’s versatility. Not unlike some of the most recent output from the Red Hot Chilli Peppers. The closer is a rework of the opener, called ‘Roll For The Sun Part II’, which is Courts’ jam band, hiphop take on the indie-rock of the first part, with fitting reggae tones, slight bluesy guitar lines, and the best soul-rapping of the EP – extraordinarily catchy.

With ‘No Knowledge No Heart’ Courts have crafted a powerfully consistent debut EP, despite the mental merging of numerous musical styles. The rap-heavy delivery of the vocals (whether chilled hiphop, spa spoken work, or indie barked raps) is done with confidence and truly fits the experimental indie music. I say that because if I’m honest, I normally find indie bands that rap or talk (instead of sing) pretty tiresome, but the vocal range that Courts incorporate is remarkably impressive. All in all: a stunning EP. I hear they’re already working on the follow up…GOOD!

The Mars Volta and unique project from Penderecki and Greenwood to Open’er!