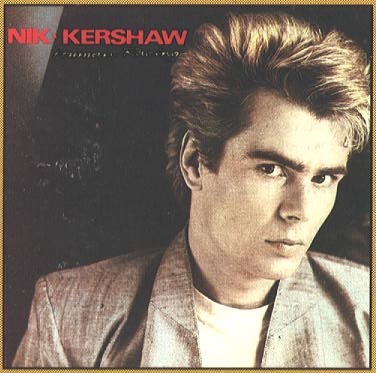 Back when I was a little boy I went into Oxfam and bought an album called Human Racing on tape cassette and I must have listened it non stop for the last 26 years. This album started a craze and probably one of the most influential albums of the eighties. Nik Kershaw is highly respected among musicians with Placebo and Marilyn Manson and Ville Valo being massive fans. This album contains the classic anthems of the 80’s ‘Wouldn’t it be Good, I won’t let the sun go down on Me, Dancing Girls, Wideboy and Human Racing’ plus a string of other great songs. The synthesizer part on ‘Dancing Girls’ is just simply amazing and what every new Synthesizer player looks at when he first starts to play. The 1985 album went to number five in the UK charts and stayed strong for a massive 61 weeks which is quite a feet. My personal favourite tracks on this album are ‘Shame on You’ and ‘Faces’ which are great to sing to in your bed room for me and a lot of people this album was one of the anthems of my life and even thou the sound now is a little dated the feel and love behind the album is still currant. The ‘Human Racing’ re-issue gives you the chance to have everything the circulated around the album on two CD’s which is a nice thing to have including 12ich mixes, b-sides and a great live version of ‘Cloak and Dagger’ that originally featured on the VHS video live at the Hammersmith Odeon. You get the great b-sides ‘Dark Glasses’ and ‘She Cries’ which for me are as good as any single and no Nik Kershaw fan should be without so these alone make this double CD set worth buying so this is a big thumbs up from me and a must have for your collection.