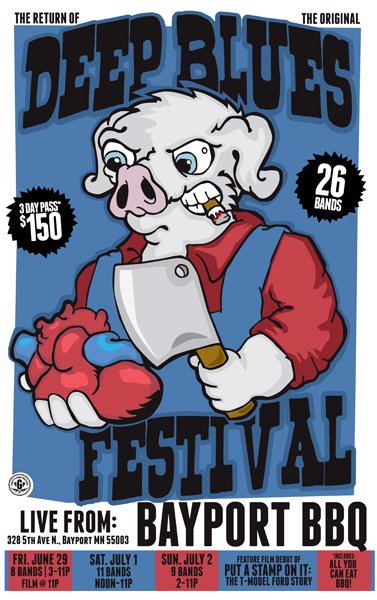 The Deep Blues 2012 will be held at Chris Johnson’s Bayport BBQ in Minnesota, and will feature 26 acts, including the following Alive Naturalsound bands: