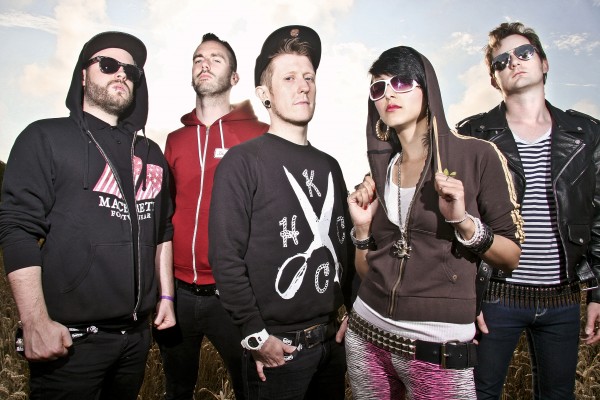 Last.fm continue to bring the online experience to the live setting with a trio of Last.fm Presents gigs in the north of England. Up-and-coming artists from the Last.fm Hype Chart will keep their momentum going in 2012 by performing small, intimate free entry shows.

The first gig of the series featured Folks and The Sundowners in Leeds. Now, with support from Welsh punk rockers Straight Lines, Manchester locals Sonic Boom Six are set to play a free intimate hometown show for Last.fm Presents at The Roadhouse on Thursday 19th April 2012.

The Manchester-based five-piece, are the most compelling soundclash to rise from the underground in years. A true product of their city-centre environment, The Boom’s sound is as authentic as it is unique. Described by Kerrang! as “taking ska, pop, grime, dubstep, punk and metal apart, then rebuilding them as a hyperactive hybrid”, SB6 play firmly for the dance-floor while retaining enough power and aggression to be an active fixture of the UK’s rock and punk scenes.

Make sure you’re down early as it is first come first served!

The Xcerts and Straight Lines support Get Up Kids this week!... 21 June 2010 | aaamusic

Straight Lines to support Funeral for a Friend and The Subways... 25 August 2011 | aaamusic