Future of the Left announce headline tour and summer festivals 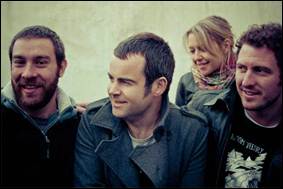 Future of the Left are pleased to announce details of a headline tour in June 2012 covering the UK and parts of Europe as well as summer festival appearances.

Full dates are as follows:

The shows coincide with the release of the band’s hotly anticipated album ‘the plot against common sense’, which is to be released on 11th June 2012 in the UK and Europe and 12th June in the USA.