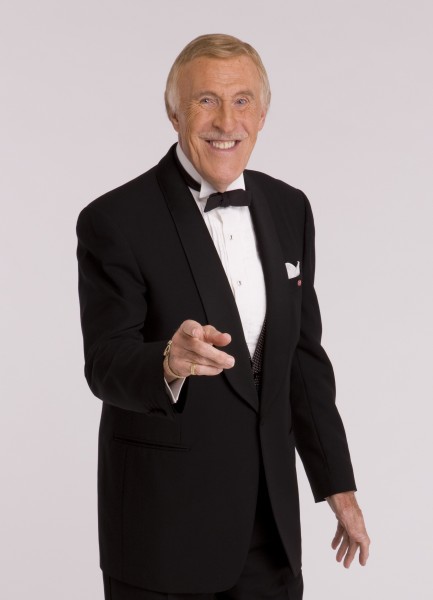 The entertainment icon and legend that is Sir Bruce Forsyth has been confirmed to play his 1st festival appearance at this years Hop Farm Music Festival.

The festival, which takes place Fri 29th June – Sun 1st July, welcomes Sir Bruce to the festival where he will be performing with his big band and entertaining the festival crowd.

Undeniably the U.K.’s most loved and durable stars and has now been in show business for eight decades he will be joining the festivals head liners: BOB DYLAN (UK exclusive), PETER GABRIEL AND THE NEW BLOOD ORCHESTRA (UK exclusive) and SUEDE (UK festival exclusive).

Vince Power said: “I am honoured to have the legend that is Sir Bruce come down and make his debut appearance at the Hop Farm this year. Not only as he never appeared at a festival he’s never been to a festival. He has been in this business for over 70 years and is a true, true legend, he will be the talking point of the festival”

The three-day independent festival maintains its NO SPONSORSHIP, NO BRANDING ethos, the Hop Farm will be sticking to the winning formula of programming legendary artists with contemporary acts with one of the summer’s most affordable festival tickets.

Hop Farm Music Festival prides itself on offering great value for money for festival goers with no booking fee, no parking charge, no camping charge and no charge for children under 12. The festival has been offering the first 10,000 customers even better value with a special weekend ticket price of just £150. These have nearly sold out and from Wednesday 18th April Tickets prices will be as follows:

Weekend Ticket: £162 (no booking fee) which includes a 3 day ticket plus 4 days camping and parking.

For all line up details, tickets, announcements and news visit the brand new Hop Farm Music Festival website which is now fully compatible with all PC’s, tablets and smartphones-  www.hopfarmfestival.com