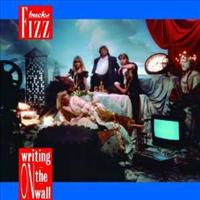 Bucks Fizz is a quartet English group whose success in the 1980s included winning the Eurovision Song Contest with the song Making Your Mind Up and having three No.1 singles.
On 16th April, 2012 they release on Universal a digitally remastered and expanded two CD edition of their fifth and final album, originally released in 1986. Writing on the Wall was their first album to feature Shelley Preston after the departure of Jay Aston.
This 25th Anniversary edition includes previously unreleased mixes, demos and extended versions in Lost Masters 3. Rarities include an extended mix of Soul Motion, never previously released, unedited versions of Give A Little Love and Don’t Turn Back and there’s a first release of a number of tracks recorded in 1988. Also, there are original 12′ mixes and B-sides of the era and two previously unreleased medleys from the Live at Fairfield Hall session.
Bucks Fizz fans will probably be delighted by this loved album returning. Critics will say it was unsuccessful originally and quickly disappeared from view. To those in search of hidden gems, this might be more than just a mildly enjoyable listen. Perhaps there are genuine opportunities to find songs which are unexpectedly sophisticated.